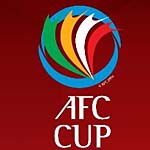 MANILA – Ceres Negros of the Philippines picked up the pieces from their last match and returned with a 4-0 blasting of visiting Bali United of Indonesia at the resumption of the 2020 AFC Cup at the Rizal Memorial Stadium Wednesday.  With the match ordered to be played behind closed doors in light of the Corona Virus scare, the Busmen managed to put up their best performance of the tournament thus far and remain on top of Group G with seven points from three matches.

OJ Porteria got things rolling as he hammered the ball into the goal in the 35th minute.  Stephan Schrock’s close range attempt was stopped by Bali goalkeeper Nadeo Arga Winata but the ball bounced off his gloves and into the waiting boots of Porteria who was at the right place at the right time.

A fired up Ceres showed up for the second half and Bali started to crumble when big Willian Pacheco fouled Schrock inside the penalty box.  Bienvenido Maranon easily converted the ensuing penalty kick to double the Busmen’s lead in the 54th minute.

Not yet done, Maranon completed his second brace of the tournament as he headed in their third goal in the 69th minute.  Robert Lopez Mendy then completed the demolition job with a long range screamer in the 73rd minute of the highly physical encounter that saw a combined seven yellow cards issued.

In their last match against Vietnam’s Than Quang Ninh last February 25, Ceres gave up a late goal that allowed the visitors to leave with the 2-2 draw.  This time, the Busmen made sure they would make the most of their final home assignment before going on the road for their three remaining matches group stage play.

It will be the turn of Ceres to fly to Bali on April 14.  By then, Coach Risto Vidakovic hopes his Busmen will improve further as the new season of the Philippines Football League (PFL) will be in full swing after its scheduled March 21 opening.

Meanwhile, TQN vaulted to second spot in Group G after they defeated PKR Svay Rieng of Cambodia, 4-1.  TQN now as has four points while Svay Rieng and Bali have three each.

A long-time television sportscaster, magazine writer, photographer and college professor from the Philippines finally gives blogging a try after more than a decade of on-line presence. Read on folks!
View all posts by Anthony E. Servinio →
This entry was posted in Football, Sports. Bookmark the permalink.

Readin' , writin', and getting the numbers on athletes, sports and many action-packed events

The greatest WordPress.com site in all the land!